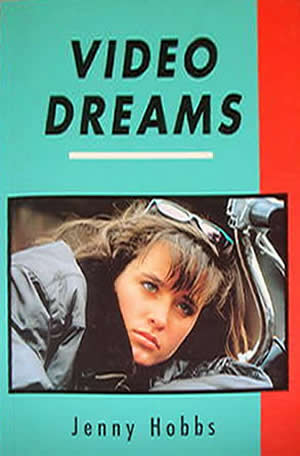 Video Dreams (Penguin, Johannesburg, 1995) is a novel  for teenagers, the story of a girl who slides into a life of drugs and crime but is redeemed when she is nursed back to health after an accident by a group of powerful black women who have established their own village in the Drakensberg.  It was published by Econ Verlag in Germany under the title Roter Horizont.

“I roared into the next action-packed episode of my life without a cent to my name … clutching a complete stranger in black leathers.”  What is Sylvie leaving behind?  A father who scorns her, school that means nothing to her and drugs that have nearly killed her.  She’s taking along her video dreams, though; the wonderful world in her imagination that’s so much richer than real life. Ahead of her lies an amazing cross-country journey with an armed robber on a motor bike.  Then – maybe – salvation at the end of the road.”